In 2019 we conducted an SMS auction and live auction to raise funds for charity partner Autism Resource Centre (Singapore). A total of S$36,335 was raised thanks to the efforts and contributions from guests and we greatly appreciate the support.

Eurekahedge would like to thank everyone for their continuous support of the event through sponsorships, judging and selection of nominees and winners. 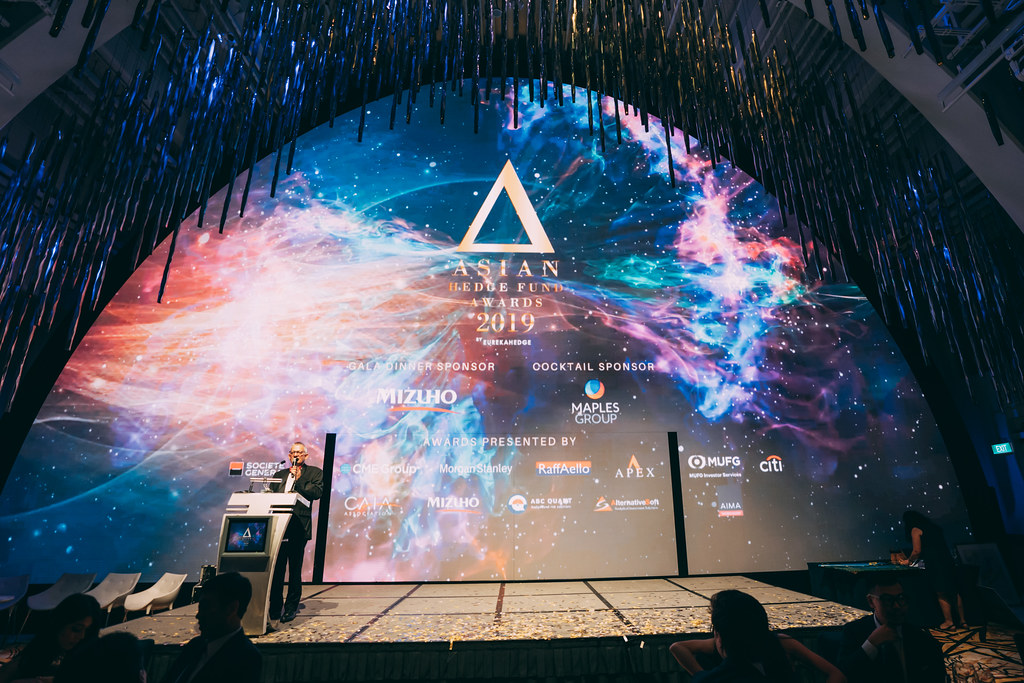 The Eurekahedge Asian Hedge Fund Awards have had award categories across the board in regional and strategic mandates that not only reflect the industry’s performance but also highlight outstanding performers of the year.

Nominees for the Eurekahedge Asian Hedge Fund Awards are selected through voting by an independent panel of judges, from a working list of funds reporting to the Eurekahedge databases. All Asian hedge funds listed with Eurekahedge, operating as at end-April 2019, and have reported their latest performance and AUM numbers are eligible for nomination. A master file of all eligible funds for each of the award categories (according to their regional/strategic mandates) will be compiled and circulated among the judges to facilitate nomination for the awards (note: consequently, it is not unlikely that the same fund would be nominated for multiple awards).

Once the votes are collated and the list of nominees finalised, the winners are selected by the panel of judges, weighing in on both quantitative and qualitative aspects of the funds in question. The quantitative discussion, while mainly based on 2018 performance, also evaluates 1Q 2019 risk/return metrics, on grounds of consistency in fund performance. The selection of nominees and winners is entirely under the remit of the panel of judges, and the role of Eurekahedge in this endeavour is limited to supplying data and moderating the discussion.

The winners are selected by an independent panel of judges based on both quantitative data and qualitative knowledge of the funds listed in the Eurekahedge database. Our esteemed panel of judges have a combined total of 102 years investing in the hedge fund industry.

Your message was sent successfully!